Some of our families have kindly agreed to share their stories so you can understand the work we do. If you would like to share your child and family’s story, please have a look at our guide and get in touch.

A big thank you to all of our patients and parents for sharing their pictures and stories here. 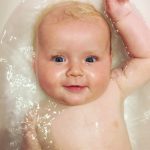 On the 18th April 2018, our little Benjamin choked on a piece of apple and went into cardiac arrest. That evening he was transferred to the Paediatric Intensive Care Unit (PICU) st St Georges Hospital in Tooting London. He received round the clock medical care from the medical and especially the nursing staff. The dignity and dedication shown to Benjamin and us was humbling. [continued…] 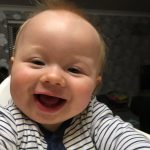 My 9 month old son was rushed to our local hospital after having a seizure. He started struggling breathing so he had to be whisked away to theatre to be put to sleep because they just couldn’t get control. That’s when we had to be transferred to PICU at St. George’s. When we arrived they were all there waiting for him. I honestly from the bottom of my heart cannot thank the PICU team enough for what they did for my little boy; you saved his life. [continued…] 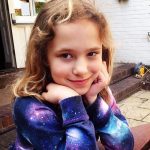 My daughter Ellie was admitted via helicopter after being hit by a van: she had suffered severe brain injuries and was critical. My experience whilst we were at PICU was just amazing; the nurses and consultants care was round the clock.  When we found out that Ellie wasn’t going to make it the team did everything they could to make my final days with her beautiful. I will never forget the love, care and support Ellie and I received. [continued…] 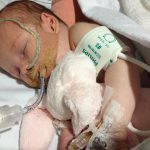 When she was three weeks old, Helena’s breathing became heavy. By 3pm it was worse and she had gone a terrible colour. It all happened so quickly – Helena had sepsis. The fluids she was given made her face swell up so she looked quite different and she had lines coming out of all her appendages.  The care she got was absolutely incredible. [continued…] 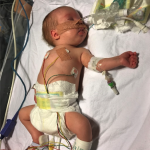 On the 20th December Lily was just aged 6 weeks when she was suddenly taken unwell. After being in our local hospital for less than 12 hours it became obvious that she needed more support and suddenly our world was turned upside down, Lily was struggling so much to breathe that they decided to intubate her to help with her breathing. The quick acting nurses and doctors contacted St George’s Hospital in Tooting and she was prepared to be transferred. [continued…] 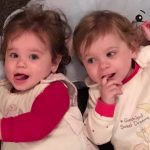 When Darcy was two weeks old, what we thought was a common cold quickly escalated to her being unable to breathe.  We took her to the local hospital where she was stabilised, intubated and taken by ambulance to the PICU at St Georges Hospital. From the moment we stepped into the unit, not only was our precious baby looked after but so were we. 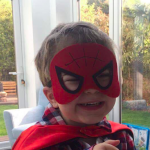 Toby was very poorly for quite some time at our local Hospital. He had just had his first birthday before finally being diagnosed with a Brain Tumour.

When Toby was transferred to St Georges Hospital, he was critical. You can only imagine the shock that we were feeling as we drove to the hospital. When arrived at the same time as Toby’s ambulance and were met by Cathy from PICU in the ambulance bay. [continued…]